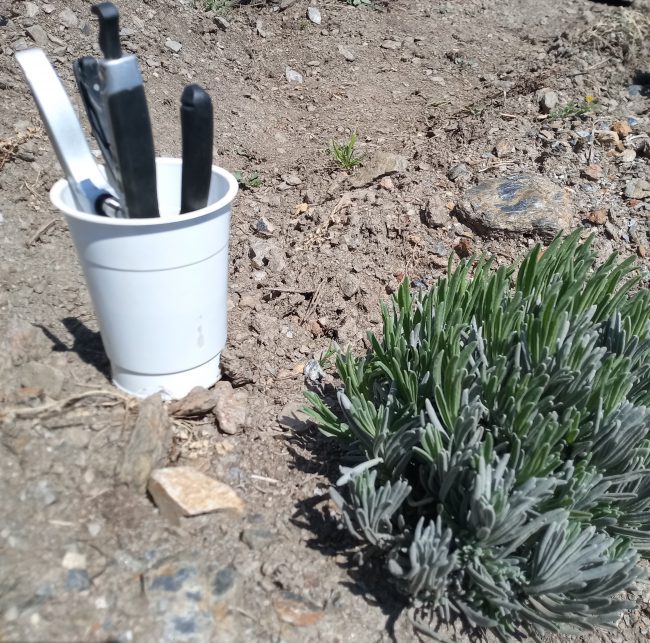 I prune lavenders in early spring and after flowering. So now it is time to prune. The more plants you have, the more important it becomes to prune hygienically. But how to do that?

There are lavender diseases that are not visible yet, but can be transmitted to healthy plants by the pruning shears. How to prune hygienically I could not find. Cleaning the pruning shears at every cut or plant is quite a job. In the end, I solved it like this.

Two pruning shears and a cup of alcohol to prune hygienically

A cup with alcohol and two secateurs. While I cut with one pair of secateurs, the other stays in the alcohol. Except for the disinfected pruning shears, I do not touch the plant. And if I do, I disinfect my hands as well. Remove the trimmings from under the plant when you have finished. And never take cuttings if you suspect a disease.

To see how to prune and propagate lavender click here.