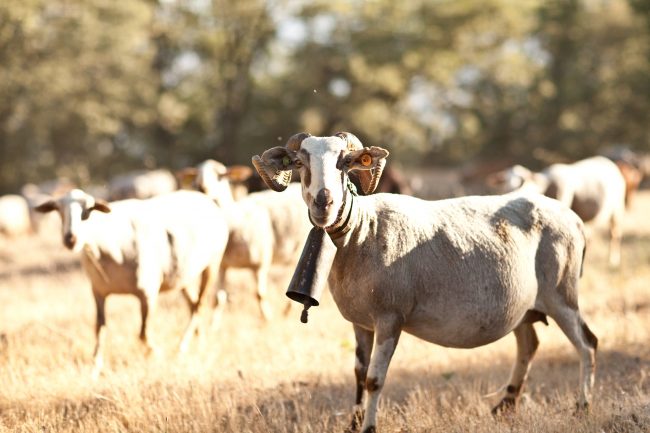 Sheep’s wool is a beautiful material, but unfortunately in general it scores poorly on animal friendliness and environment. Positive is that it doesn’t contain any plastics and it stays warm en beautifull a very long time. Against this background, it’s pretty crazy that the shepherd in my neighbourhood can’t get rid of his wool. He has a shed full of it and nobody wants it.

The waste of wool less than a kilometre away wouldn’t let go of me.

Most of the sheep’s wool comes from Australia. These are quite a few kilometres of transport from Europe. The waste of wool less than a kilometre away wouldn’t let go of me.

Two years ago the shepherd gave me a big bag of wool, so I could see if I could use it. Cleaning the sheep’s wool was no fun. It took an awful lot of soap and water, it literally smelled like an hour in the wind. The quality of the wool didn’t seem bad, but cleaning the sheep’s wool in an environmentally friendly way turned out to be a big challenge.

I put the big bag of dirty wool on my land and every now and then I came up with a new idea, which didn’t work. And suddenly the solution was there by itself. With time, the plants even grew a bit through it, the stench had disappeared. And it didn’t feel greasy any more and reasonably clean.

After a test I was still able to felt with it. And after one washing it was relatively clean. I found it interesting enough to ask the shepherd for a few more bags of wool, which he gave me with great pleasure.

Hot water from the sun

The new wool I spread on the land between a folded piece of chicken wire, from the ground away from leaves en twigs. Waiting for the time to do its work again. Plus hot water. When irrigating plants on the land, the black irrigation hoses are usually first filled with hot water from the sun. That water is too hot for the plants, but now very useful. I use it to rinse the wool for a short period of time. The sun dries the wool again. Five weeks and a few short rinses later the wool doesn’t feel so greasy any more and doesn’t smell so strong.

Today I put some of this wool through my homemade woolpicker. Just after 5 weeks washing it two times seems to be enough. Soon carding and felting. And see if this is the solution to clean the wool without a lot of soap or water.

A small other experiment is if the sheep poop that come along with the water do the bamboo next to it well, because they can use some manure. And whether the bindweed under the wool still likes it so much with manure and hot water.

Somewhere I read that the invasive bindweed is doing very well on poor soils and that fertilizing would be a solution. See my post about getting rid of invasive bindweed. A test, free of charge and for nothing. I keep on rinsing the rest of the wool, hoping that the wool will be sufficiently clean with one soap washing and the mechanical cleaning with woolpicker. More about that later.